Years in the making 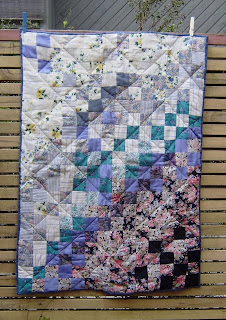 Proof that, no matter how long something's been languishing unfinished in the bottom of a drawer, there's still hope that it might one day become a finished project.

Something like ten years ago (no, really!) I cut up a whole bunch of blue-ish fabrics into squares and pieced them together (not always with great accuracy).

All of them were leftover scraps from things I'd made - tops, mainly, perhaps a dress or two. I think I recognise something that was once a cushion. There are a couple of fabrics I can't identify, but most of them at least ring a bell. 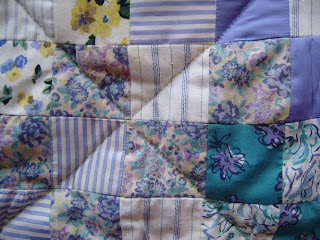 I got as far as backing and hand quilting it, but it all went adrift at the binding stage. And it's been languishing in the bottom of a drawer ever since. 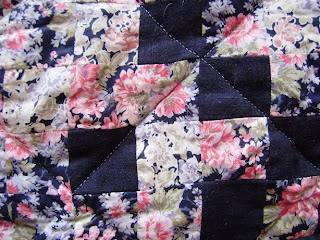 I came across it the other day while looking for something else, and to be honest the main reason I dug it out and finished it was to practice making and applying binding.

It's an extremely imperfect piece, but that doesn't seem to matter to its new owner: 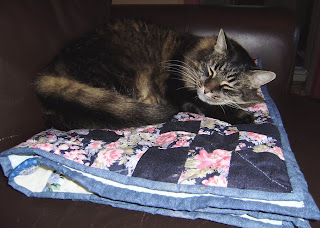