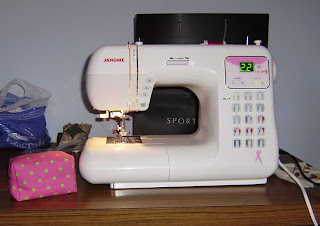 My mother taught me to sew when I was a child. I was probably about 10 or 11 - I know I had a reasonable idea what I was doing when I hit needlework class (was that what it was called?) in high school, by which stage I'd have been 12. It's all a bit hazy, because we're talking about more than 30 years ago now.

I learned on my mother's machine - a Singer from the early 1960s.

I know it was older than me, because there's a photo of mum, heavily pregnant with me, using it to hem curtains.

I can't find a photo that looks exactly right but she was a lot like this (although without the table). 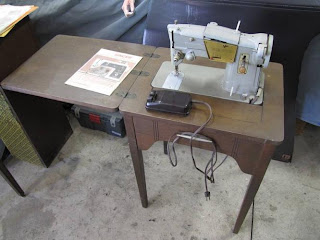 This and also this are also both pretty close.

Sometime in my early 20s, Mum got a new machine and gave me the old one. And for the next 20 odd years it worked like a dream. For most of that time, I did quite a lot of sewing, too, so it's not like it was sitting idle.

(It wasn't idle for its first 25 years with mum, either. She made clothes for me and my sister when we were children, as well as for herself, and we both learned to sew on it.)

It finally started to give up the ghost a few years ago, at a time when I wasn't doing much sewing. So that worked out ok, until a few weeks ago when I started thinking I'd like to get back into it.

Isn't that just the thing? You start seeing a crafty project or two that requires a sewing machine, and before you know if you've got a to do list of a couple of dozen ideas.

So I thought I'd bite the bullet and buy a new machine. I'm pleased to discover that it's rather like riding a bicycle -- it all comes back to you quite easily. Or it has so far.

I started with this exceptionally cute little boxy pouch, which is now providing a home for all the spare feet and empty bobbins and other bits and pieces that come with the machine. 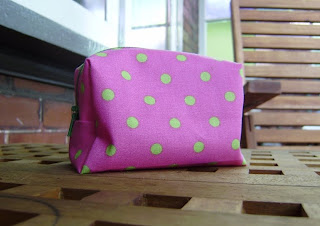